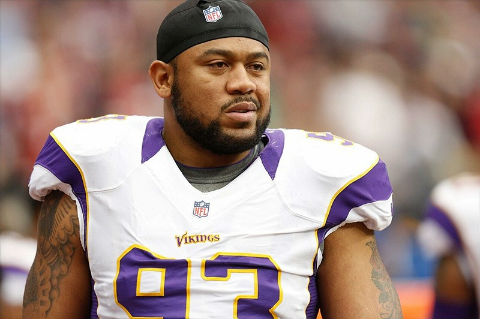 You already know the Minnesota Vikings traded receiver Percy Harvin to the Seattle Seahawks, pretty much handing them a Super Bowl spot in the process, but you probably don’t know just how pissed off Vikings players are.

And why would you care? Well, you wouldn’t unless it was hilarious and believe you me, it is!

The best all around player I ever seen or you'll ever see! Goes to Seattle! I feel like I just got kicked in the stomach. Several times!!!

Then there’s defensive tackle Kevin Williams, who admitted he couldn’t name a receiver on his own team. Now, no one will probably ever use the word “smart” and Kevin Williams in the same sentence, but as they say, “Fat, drunk and stupid is no way to go through life, son.”

“I can’t tell you one receiver that’s on the team right now,” Williams said on Sirius/XM NFL Radio, Monday.

And neither can we! But we don’t play on that stain of a football team, either.

We would say Jerome Simpson, but he’s a free agent (and also a criminal). So is former Bear Devin Aromashodu (not a criminal, a free agent). That leaves Jarius Wright and Stephen Burton.

Wright actually had 22 catches for 310 yards in 2012, but clearly that was not enough to make an impression on Williams. Burton had five for 35.

So you say you want $14 million a season, huh, Greg Jennings?