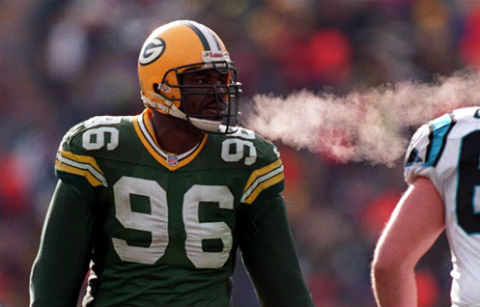 Sean Jones was 32 and nearing the end of his career when he signed with the Packers in 1994. That didn’t slow him down much though.

In three seasons in Green Bay, Jones had 145 tackles, 24.5 sacks, seven forced fumbles, eight fumble recoveries and a touchdown. His best season came in 1994, when he had 59 tackles, 10.5 sacks and forced two fumbles. However, Jones remained a full-time starter until his final season, when he was 34 and the Packers won their only Super Bowl under Mike Holmgren.