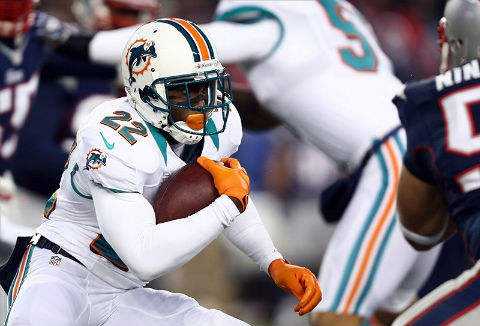 It’s day two of free agency and although it’s not as exciting as day one, there’s still plenty that went on. There’s also still plenty we don’t care about. For example, safety Dashon Goldson left the 49ers for Tampa Bay. Who cares? The Bucs will still suck and the 49ers will be weaker. Well, that last part is great, but really, here’s what affects the Green Bay Packers — namely, the Chicago Bears, Minnesota Vikings and Detroit Lions.

The Detroit Lions were gangbusters on Wednesday, signing a bunch of second-rate free agents just like the second-rate organization they are!

The Lions got on the board early in day two by re-signing cornerback Chris Houston to a five-year deal. Houston is probably the best player in a really terrible secondary, so you gotta keep him if you’re Detroit!

They followed that by agreeing to a deal with defensive lineman Jason Jones, who was a backup for Seattle in 2012. Jones had a whopping 10 tackles, but three of those were sacks. So that dude is averaging a sack once every 3.3 tackles! Holy shit that’s production!

Jones didn’t start a game for Seattle, but he started 28 the previous two seasons in Tennessee.

Then, here’s the (kind of) big one. The Leos capped things off by signing running back Reggie Bush. With Jahvid Best brain dead and Mikel Leshoure probably off getting arrested for drug possession somewhere, the Lions needed a back. Bush was promised the starting gig in The D and he wasn’t going to get that assurance anywhere else.

Bush had more than 900 yards rushing and 290 yards receiving in both of his seasons in Miami. He averaged 4.3 per carry in 2012. Now maybe the Lions won’t have to pass 95 percent of the time. Bush got $16 million over four years.

Finally, the Leos addressed that shite secondary by signing Houston safety Glover Quin to a five-year deal. In Quin, Detroit gets a guy who’s started all 16 games for three years running. In 2012, he had 84 tackles, a sack, two picks and two forced fumbles.

The news wasn’t all good for Leos, though. They lost defensive end Cliff Avril to the Seattle Seahawks, who have already won the 2014 Super Bowl.

Avril thought he was going to break the bank like Mario Williams did last season. He was wrong. Avril ended up signing a two-year deal worth $15 million in Seattle. What does Avril do? He rushes the MF’ing passer! Avril tallied 9.5 sacks in 2012 and 11 the year before.

With him, the pass rushers they already had and that secondary, you can pretty much forget about throwing the ball on the Hawks in ’13.

Things were considerably quieter for the Bears on day two. They blew their load on day one and are now so close to the salary cap limit you can pretty much write them off until the season starts (and then you can write them off again).

The Bears did make one move, though.

What about the mighty Vikings, you ask? Well, they sat on their hands on day two as well. However, that doesn’t mean they weren’t good for a laugh!

Worst quarterback ever, Christian Ponder, had to say something about the fact the Vikings had to trade Percy Harvin because he constantly complained about Ponder. What did he say?

Actually, no. He said this.

“The thing is, there’s no quote strictly from Percy that he was the one saying it,” Ponder said. “I haven’t put too much thought into it. If that was his opinion, that’s unfortunate. But he’s a Seahawk now, so it doesn’t really matter.”

“Seattle wins, because they get him. Percy wins — he got a new contract, which was what he really has been wanting. And we win, because we get some good draft picks.

“People have their opinions. There were things I could have done better (last season). But now that he’s on a different team, his opinion doesn’t really mean much.”

Then we figured maybe the Pats would make a run at Jennings. Nope. Just as quickly, they turned around and signed Danny Amendola away from St. Louis.

So now, it seems like Jennings’ options are this: return to Green Bay for way less than he wanted, try to get the Vikings interested again or hope St. Louis comes calling.

The only problem with the last option is St. Louis already spent big money on tight end Jared Cook and they’ve also shown interest in tackle Jake Long, who isn’t going to come cheap. Seems pretty doubtful they’d have any money for Jennings.