For Some Reason, Joe Flacco is Now Highest-Paid QB 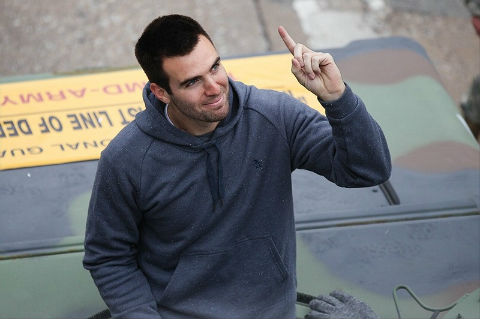 The completely average Joe Flacco is now the highest-paid quarterback (and player) in the NFL. The Baltimore Ravens doled out a little more than $120 million for a new six-year deal, according to Adam Schefter.

Why do we care?

Well, if a joker like Little Joey Flacco is worth $20 million per season, then what is Aaron Rodgers worth? Maybe $25 million a year?

Clearly, the Green Bay Packers aren’t going to hand out that kind of money, but they’ll probably be forced to use Flacco’s deal as a yardstick. That is, unless Rodgers pulls a Tom Brady and lets the Packers sign him to a cap-friendly deal in the name of staying competitive.

It’s a good thing contracts aren’t based on production or the Packers would be in serious trouble. Here’s where Flacco and Rodgers ranked in 2012 in the major statistical categories.

Aaron Rodgers’ Brother as Impressed with Joe Flacco as Us

Aaron Rodgers' Brother as Impressed with Joe Flacco as Us