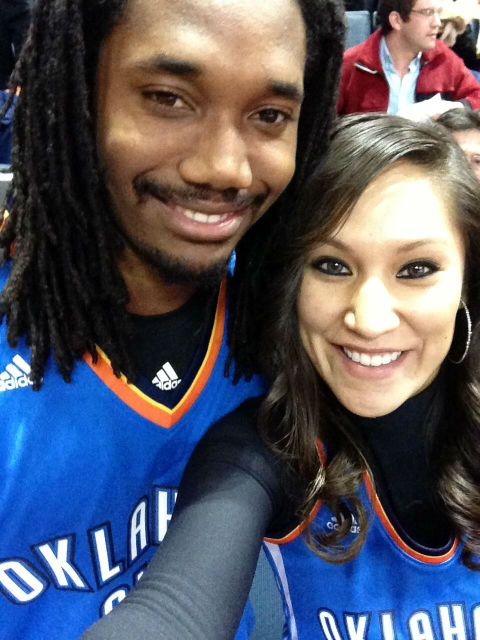 Green Bay Packers cornerback Davon House saw Vanilla Ice perform Saturday night, although probably not on purpose. House was at the Milwaukee Bucks game against the Oklahoma City Thunder and it was 90s night at the Bradley Center.

What better way to celebrate the most awesome decade ever than to dust off Vanilla Ice for a live halftime performance? None. The best way. Done and done.

First, House was there supporting the Thunder. He and his old lady announced that to everyone by wearing Kevin Durant jerseys. Bad form, bro. Wear your OKC shit in Oklahoma. You play in Green Bay and you’re now required to be a Wisconsin homer. Ask Aaron Rodgers. He knows.

Now, let me tell you who was not in bad form — Vanilla Ice. Although maybe asking a bunch of awkward white people to yell “make money money” wasn’t the greatest idea, he totally redeemed himself with a command performance of Ice, Ice Baby.

Of course, that’s the only Ice song House knows.

@DoubleHTown lol I only know one song. Ice ice baby. I believe everyone eals here only knows that one too lol

Jealous. Cuz I’m out gettin’ mine.