Aaron Rodgers Concerned About Contract, But Won’t Hold Out 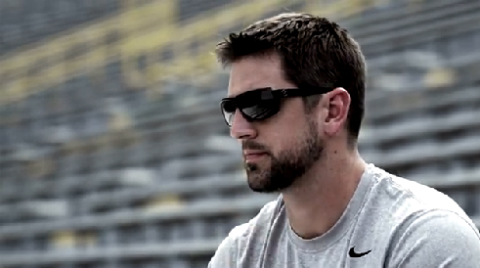 Aaron Rodgers doesn’t appear to be too happy with the Green Bay Packers. He wants his new contract and he wants it now.

Rodgers has two seasons left on his current deal, but he’s grossly underpaid when compared with the league’s other top quarterbacks. Considering Joe Flacco — who is not close to being one of the league’s top quarterbacks — just became the highest-paid player in the NFL, the disparity between Rodgers’ deal and everyone else’s just became magnified.

Sources close to Rodgers describe the quarterback as concerned about his contract situation with the Packers , but he isn’t yet prepared to hold out this offseason or this summer, if a new deal isn’t reached.

“He paid close attention to the money Joe Flacco received,” a source close to Rodgers explained, “but there’s no anger. He’s not planning to hold out.”

The Packers want to sign Rodgers to a new deal, but they don’t have a lot of financial flexibility. Both Clay Matthews and B.J. Raji are in the final year of their rookie contracts and will require new deals.