Aaron Rodgers’ Brother as Impressed with Joe Flacco as Us 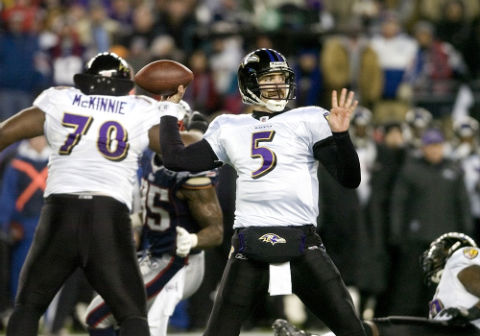 We told you about the record-setting deal the Baltimore Ravens gave Joe Flacco earlier today. While Flacco and his frat brothers are surely high-fiving and doing keg stands in a dank basement, the rest of us are sitting around wondering how a mediocre player got a deal worth $20 million a year.

Among those is Rodgers’ brother Luke, who compared Flacco to another perfectly average quarterback — Buffalo’s Ryan Fitzpatrick.

We’re all patiently awaiting Rodgers’ new contract extension, which will probably be larger than Flacco’s deal. However, there’s no real hurry for the Packers to extend Rodgers. He still has two years left on the last extension he signed.

Rodgers will make around $10 million in both of those seasons.