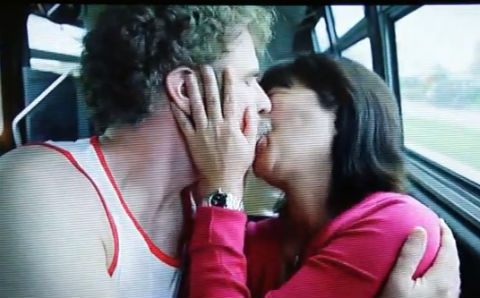 Will Ferrell did a Super Bowl commercial for Old Milwaukee and odds are you missed it.

That’s because it only aired in Sherman, Texas; Ardmore, Oklahoma; and Glendive, Montana.

This isn’t the first time Ferrell has appeared in an Old Milwaukee spot. In fact, he’s done several of them. Old Mil pulled the same stunt during last year’s Super Bowl, when they aired a Ferrell spot in just one market — North Platte, Nebraska.

Of course, that commercial went on to become Internet gold, so the stunt worked. Three people may have actually gone out and bought a sixer of Old Mil too.

That’s some good beer, you know.

So here’s this year’s spot, which features Ferrell making out with an Asian lady on the bus. It is indeed just as hot as you think it is.