Pixar Sums Up the Packers 2012 Season

Here’s the best summary of the Green Bay Packers 2012 season we’ve seen, although it wasn’t really intended as that.

These two drawings come from a Pixar animator. The artist actually did a series featuring a variety of NFL match ups from the 2012 season. They’re all pretty awesome, especially the tidal wave of… Browns. You can see the full gallery here.

The first drawing is of the infamous loss at Seattle. The second depicts their destruction by the San Francisco 49ers.

Our only complaint is “Packers” really has nothing to do with a being made out of cheese. The depictions are are otherwise accurate, though. 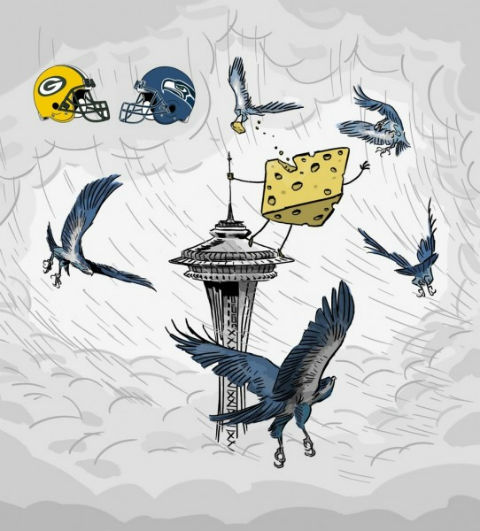 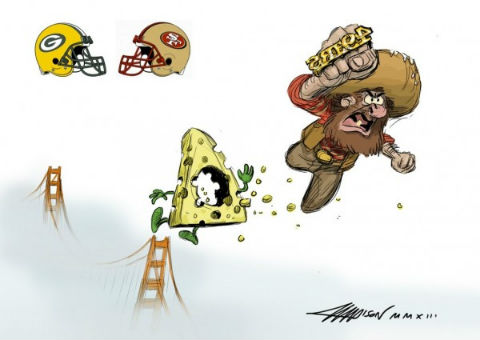