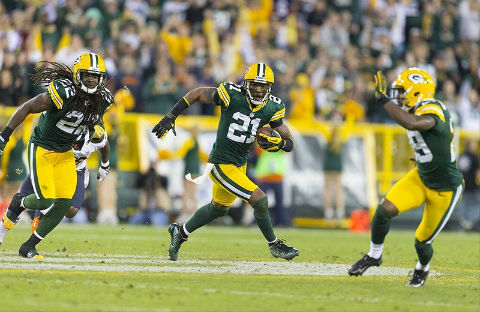 You might have thought there would be an outpouring of good vibes from Green Bay Packers players when the club released veteran defensive back Charles Woodson.

You would have been wrong.

We waited around until Sunday afternoon and found only four members of the Packers who said anything about the situation. Only three of them did the usual “great player, will be missed” routine.

When Donald Driver announced his retirement, there was a boatload of chatter. Of course, that’s a slightly different story. Driver left somewhat voluntarily. Woodson did not.

Still, you’d think his teammates would have said more. Or least we would have thought that.

Whatever the reason, these are the only guys we could find who bothered to say something. It’s interesting to note none of the team’s so-called leaders are among them. Neither are any other defensive backs.

So, draw your own conclusions from that.

Jeff Saturday (and His Salary) Are Still on Packers Roster