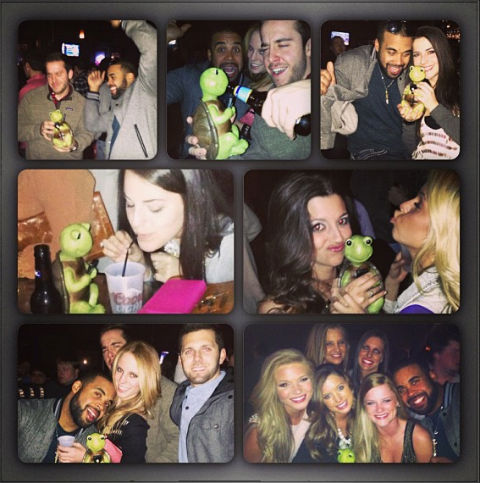 Genius or infantile? We’ll let you be the judge because, frankly, we need no such gimmicks when it comes to picking up chicks. Green Bay Packers tight end D.J. Williams does, however.

He uses a small, toy turtle named Clarence. He brings Clarence to the bars with him and viola! We guess…

In the past, Williams has used a large teddy bear for the same purpose. That brings us to a couple points.

First, as you can see, Williams really likes white chicks. Nothing wrong with that. Just an observation. Second, after following Williams on Twitter for a bit, you’ll quickly realize he seems to spend a hell of a lot more time partying and chasing broads than he does working out.

While most of the other guys on the Packers tweet boring crap about “grinding” or maybe their wives and kids, Williams is constantly looking for either A. a woman, or B. a party.

Obviously, he thinks he’s still in college. That brings us to our next point.

Maybe the Packers wouldn’t have to rely on Jermichael Finley or have to carry his grossly-inflated salary if Williams would actually put in some work. We know the guy can catch and run fast, but can he do anything else? He started 2012 getting a good deal of playing time and then was pretty much nonexistent down the stretch.

Williams ended up playing in 13 games and caught seven passes for 57 yards. Three of those catches came in the blowout of Tennessee. The other four catches came in weeks one through five, which mirrors the statement about his decreasing playing time.

This guy won the Mackey Award as the best tight end in college in 2010, but still fell to the fifth round of the draft. He was probably more talented than most guys he faced. That’s not the case anymore.

Williams has nine catches in his two-year career and most people would say the Packers have too many tight ends.

We could really see this clown looking for a job come September. This is actually the most we’ve talked about the guy since he’s been drafted. 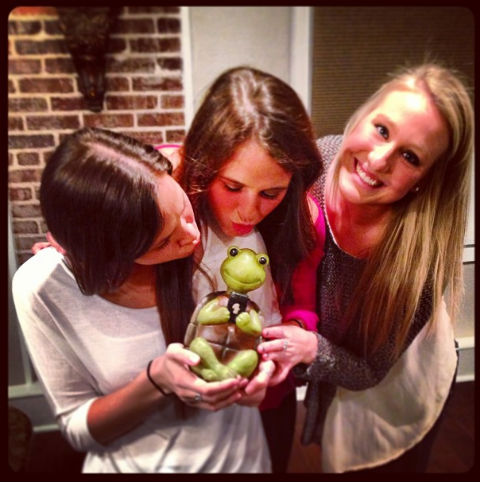 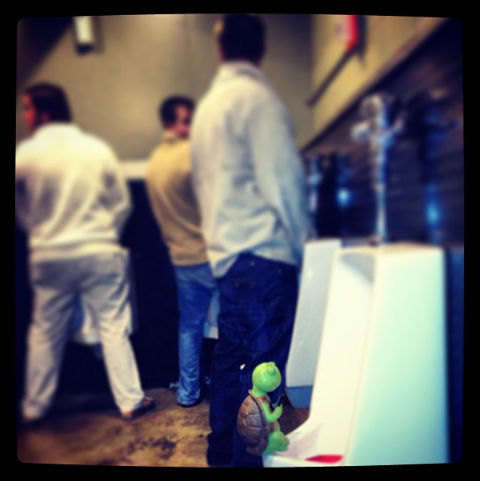 Jermichael Finley’s Future Still Up in the Air

Jermichael Finley's Future Still Up in the Air