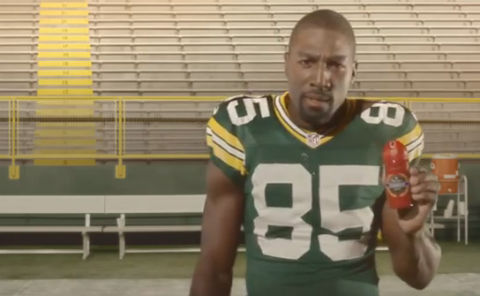 Greg Jennings’ days with the Green Bay Packers may be over, but that doesn’t mean he’s keeping a low profile.

Jennings is all over the place in New Orleans (much like he was at last year’s Super Bowl). On Thursday, he made some appearances on ESPN. And then he went out and did some partying from the looks of it.

Here’s a quick look at where Jennings has been since arriving at the party that is the Super Bowl. Wonder if he’s had any luck finding a new team.