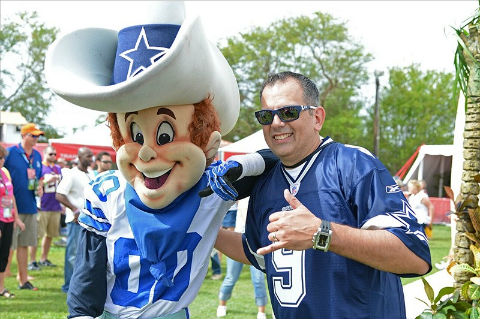 You thought the Green Bay Packers were the most popular team in America, didn’t you? They are not. At least, not according to Facebook data.

That would be the Dallas Cowboys, who despite years of losing and generally being a three-ring circus run by buffoons are still beloved around the country.

How can this be!?

You see, you forgot to factor in people who speak broken English, have face tattoos, wear wife beaters seven days of the week and carry switchblades.

Did I just describe every Cowboys fan you know?

Anyway, what’s more surprising is the Packers actually finished as the fourth most liked team. Yes, the data was actually put together by surveying the number of Facebook likes for each team. Still, it’s a lot of data.

By pretending to be an advertiser, I was able to extract some data from Facebook’s over 155 million users within the United States. All data is of July 2012.

There you go. More people like the Cowboys, Pittsburgh Steelers and New England Patriots more than the Packers.

Those people obviously have terrible taste. They also probably know nothing about football.

Sorry, we’re stereotyping today. But in a funny way!

Should this be surprising? Not particularly. The Packers do play in by far the smallest NFL market, after all. Also, areas not known as football strongholds, like Arizona and Los Angeles, have a lot people and a lot of Cowboys fans. 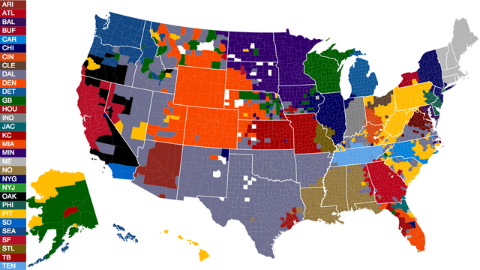 This is a map showing the most popular NFL team in each county in the U.S. The Cowboys own a bunch of states you could flush down the toilet, parts of Arizona, Nevada and Southern California.

The Packers own Wisconsin, the U.P. and… Alaska. And it kind of looks like Wisconsin is taking a dump on Iowa.

So, let’s all do better.