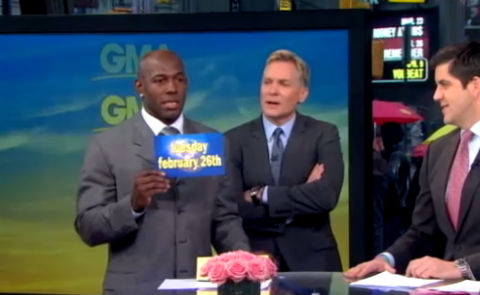 We weren’t really sure what Donald Driver was going to do when he retired from the Green Bay Packers, but figured it was probably something like this.

Driver was making the TV rounds on Monday, although he wasn’t in Hollywood. He was actually in New York, but he was there to do TV, so since he was doing something entertainment related we’ll say he’s gone Hollywood.

Anyway, Driver started his day off as some sort of correspondent for Good Morning America. I only know this because, for some reason, my TV was on ABC and not ESPN when I turned it on Monday morning. He also did a little promotion for Dancing With the Stars (watch here, around the 6:22 mark).

They’re announcing the new cast on Feb. 26! Mark your calendars!

Driver wasn’t done there though. No sir!

He also shot a segment for Katie Couric‘s show. We learned that show is called Katie about two minutes ago.

Most impressively (and by most we mean least), Double D also got to hang out with Whoopi Goldberg. If she made him laugh as much as she makes us laugh, then someone forced Donald to smile in this photo.

We’ll be sure to fill you in as soon as the DWTS cast is filled out, so check back soon! 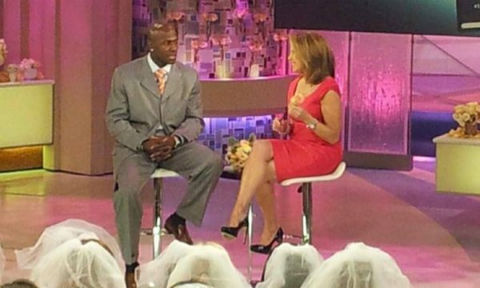 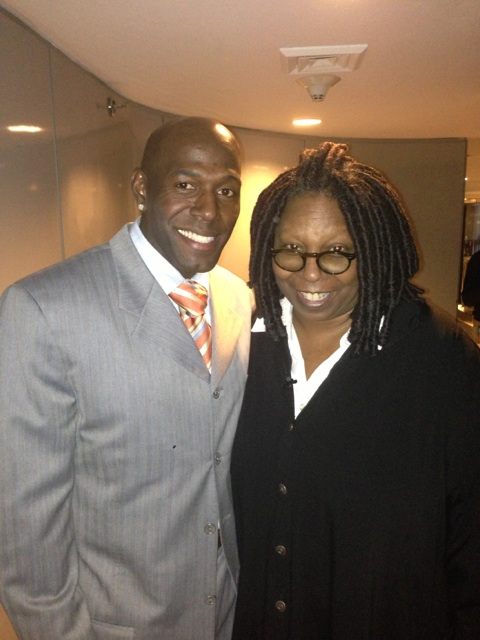