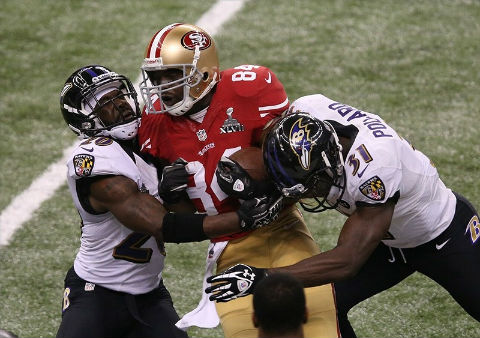 I really don’t like either of the teams that played in the game, but I liked the 49ers less than I like the Ravens. Part of the reason is because Randy Moss plays for the 49ers.

The self-proclaimed greatest receiver of all time is a dick. He’s been a dick since he played for the Vikings and probably will always be a dick.

Moss had just two catches for 41 yards on the day. More importantly, he’ll probably end his NFL career without winning a Super Bowl.