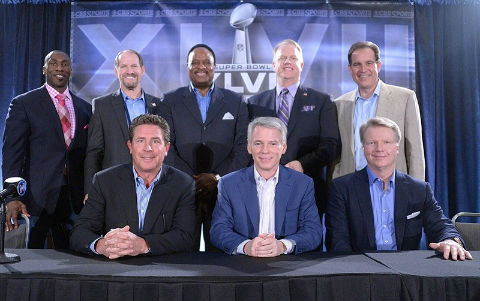 No, Green Bay Packers linebacker Clay Matthews is not in this photo, but he did join these clowns in their pregame coverage.

Matthews stood on the sideline with Greg Gumbel and Shannon Sharpe and actually offered some insightful analysis. While Sharpe was tripping over his lips and and giving his usual Mush Mouth brand of commentary, Matthews was offering up nuggets like this:

“Green Bay is going to be around for a while though,” Matthews said.