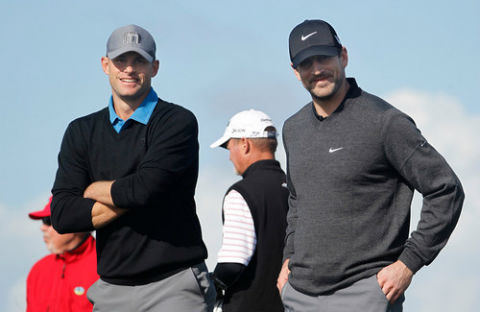 Green Bay Packers quarterback Aaron Rodgers is back at Pebble Beach playing in the AT&T Pro-Am.

Rodgers was in a group with tennis player Andy Roddick at the start of the tournament on Wednesday. We’re thinking that was planned. You know, because people call both of them ARod. Think of the laughs from the resulting confusion!

If you were unaware, Roddick is married to Brooklyn Decker. Google her.

As for Rodgers, he trotted out a custom-made green driver for the tournament. Then on Friday, he was sporting pretty much the exact same outfit as Cowboys quarterback Tony Romo, who’s also playing in the tourney.

Last we checked, Rodgers and partner Jerry Kelly were sitting at -14, which was good enough to put them in a tie for 32nd. 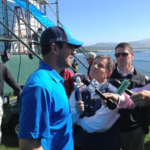 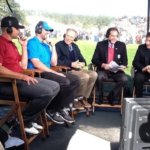 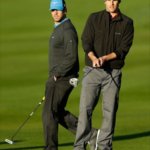 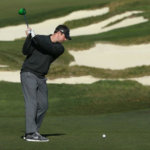 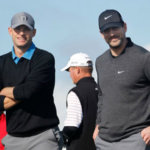 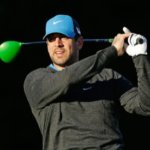 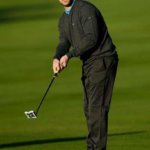 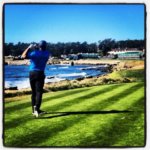 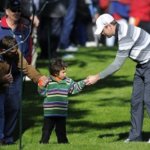 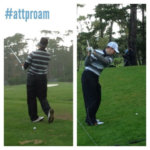 Previous Article
Kate Upton on 2013 SI Swimsuit Cover, Because We Know You
Next Article
Aaron Rodgers Wants to Play Until 2020, Not Worried About Deal