Randy Moss is Greatest Receiver Ever, According to Randy Moss 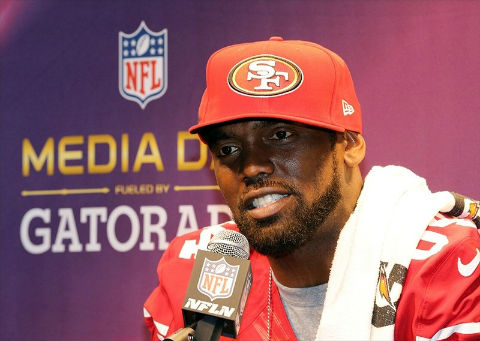 Here’s the first instance of a player saying something otherworldly stupid at the Super Bowl. And guess who said it? None other than San Francisco 49ers receiver and Total Packers fave Randy Moss.

Moss was asked about his place in history during his media session. Of course, he holds himself in really high regard.

“I do think I’m the greatest receiver ever to play this game,” Moss said.

Ah, yes. You certainly are. Dick.

Why? Randy Moss is not a student of history. In fact, he’s not really a student of anything. Randy is what you might call “dumb.”

He’s never even heard the name Don Hutson and is actually unaware that anyone played the receiver position prior to 1983.

“Put my numbers up against his numbers,” he said.

Unfortunately, Hutson is dead, so he couldn’t comment. However, if he were alive, we’re pretty sure he’d say something like this.

Finally, the idiots at Bleacher Report are doing one of their usual top-notch exposes on the subject. Is Randy Moss the Greatest Receiver in NFL History?

You know, because this is debatable.

Be sure to check that out if you want to get dumber.