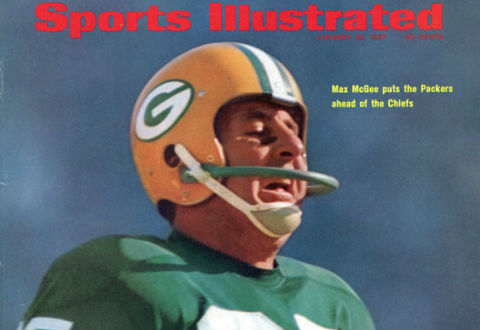 If you’re a Green Bay Packers fan, this moment has to rank high in your pantheon of all-time greatest Green Bay Packers moments. I’m talking about Max McGee playing Super Bowl I with a raging hangover and more or less dominating.

McGee had played sparingly the entire season and wasn’t expecting to play in the big game, so he went out and did what Max McGee did the night before — got wasted and pulled some broads.

On game day, Boyd Dowler went down with a leg injury during the Packers first series. McGee was forced into the game and the dude couldn’t even find his helmet. He just took the one closest to him.

This is the stuff of Wisconsin legend, people! It’s also why Max McGee will always be my favorite player.