Packers May Actually Have Advantage in Kicking Game 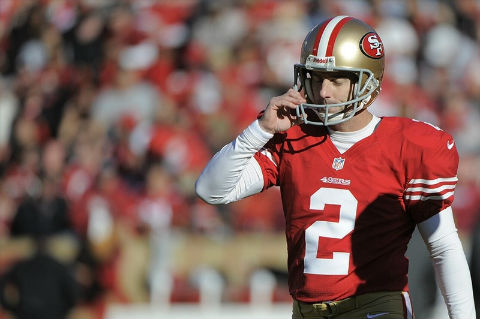 San Francisco 49ers coach Jim Harbaugh — in all his infinite wisdom and brilliance — has chosen a kicker to face the Green Bay Packers. That man is… David Akers.

You’re wondering, “Wasn’t David Akers already the 49ers kicker?” Yes, he was, but not unlike Mason Crosby, Akers has struggled this season. He’s made just 29 of 42 field goals or 69 percent of his tries.

So Harbaugh brought in Billy Cundiff to compete with Akers. Cundiff was cut after week 5 by the Redskins. At the time, he was 7 of 12 on his kicks with a long of 45.

Not surprisingly, Cundiff didn’t unseat Akers, who’s been limited by a sports hernia surgery he had in February.

For maybe the first time all season, the Packers may actually have an advantage in the kicking game, although I doubt we want to test that advantage too much.

The wild card here is the field, which was a mess earlier this week. If you watched the Redskins game last weekend, Candlestick may look a lot like FedEx Field did during that game — some dirt spray painted green. 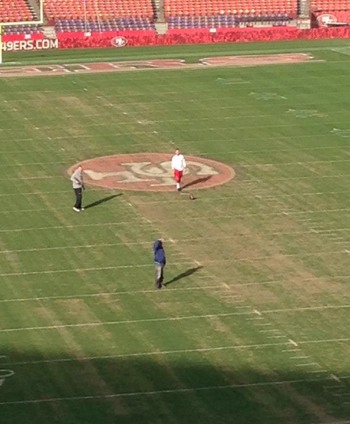