Packers Best and Worst in 2012

Now that the Green Bay Packers have put their 11-5 season and another NFC North title in the books, it’s time to hand out awards and pick the best and worst from the 2012 season. And what more prestigious organization than this one to make those choices? 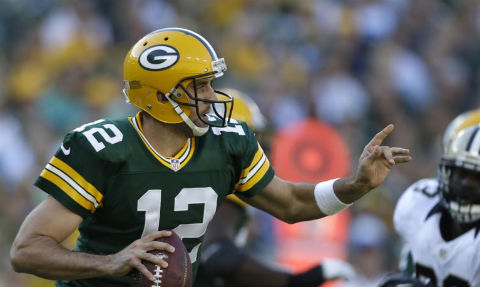 MVP
We wanted to say Randall Cobb for the longest time because he affected the game in so many ways, but we can’t. The Packers MVP is Aaron Rodgers. Although Cobb was extremely valuable as both a return man and the team’s leading receiver, the Packers functioned fine without him. Why did they do that? Because of Aaron Rodgers. Take Rodgers off this team and they’re probably the third-best team in the division. Despite an inconsistent running game, an often atrocious offensive line that gave up 51 sacks (second worst in the league) and an up-and-down defense, the Packers still were able to win 11 games. They did that because of one man — Rodgers, who was the team’s best and most valuable player.

Rookie of the Year
Casey Hayward is an easy choice. Not only did Hayward have a team-leading six interceptions, he also played a major role in the Packers improved pass defense. He added 53 tackles and a fumble recovery. None of the other name rookie defenders the Packers picked — Nick Perry, Jerel Worthy or Mike Daniels had nearly the impact Hayward did.

Most Improved
A lot of guys could get this title — M.D. Jennings, Sam Shields, Marshall Newhouse, James Jones and Brad Jones to name a few, but we’re going with Cobb. He was a dynamic returner during his rookie season, but he became the Packers go-to receiver this season. Cobb caught 80 balls for 954 yards and eight touchdowns. That’s an improvement of 55 receptions, 579 yards and seven touchdowns over his rookie season. He also added 132 yards on the ground, while remaining a scoring threat in the return game. Cobb was the Packers offense at times this season.

Biggest Surprise
If we’re going to look at this from a positive angle, then we have to go with Don Barclay. It was a surprise when he made the team as an undrafted rookie. It was an even bigger surprise when he was thrust into the starting lineup at right tackle and played well. Dare we say Barclay played even better than former first-round pick Bryan Bulaga? Well, yeah, we will. After Cedric Benson went down, the Packers didn’t have a running game. That is, until Barclay entered the lineup. That’s no coincidence.

Unsung Player
We never talk about him and he’s not flashy at all, but he’s solid and steady every week. At 33, Ryan Pickett is the backbone of the Packers defensive line. Pickett finished the season with 51 tackles, his highest total since 2006. That’s more tackles than linebackers Clay Matthews or Erik Walden had. It’s also more tackles than much more-heralded defensive tackle B.J. Raji made — 25 more to be exact. 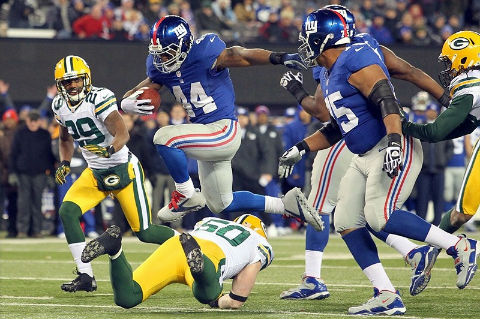 Least Valuable Player
This can’t go to someone who was a disappointment because that would mean we had expectations that he would actually be good. It should come as no surprise that we’re giving this designation to linebacker A.J. Hawk. Someone who hasn’t watched the games would look at Hawk’s 120 tackles and three sacks and say Hawk had a good season. Those stats don’t tell anything about Hawk’s season. They don’t show him getting shoved around by anyone who laid a hand on him. They don’t show the missed tackles and they don’t show him getting run over by running backs. A.J. Hawk is terrible and he shouldn’t be starting next year, if he’s even on the team. Hawk is in the game for one reason — to stop the run and we all know the issues they had doing that this season.

Most Disappointing
This is actually a tough call. The Packers signed center Jeff Saturday as a free agent to replace Scott Wells. He played so badly he got benched in favor of Evan Dietrich-Smith. Then there’s tight end Jermichael Finley, who failed to live up to his $7 million paycheck. We’re going with kicker Mason Crosby, though. One year after having a career year, Crosby shanked the hell out of pretty much every field goal attempt he tried. Crosby missed 12 times on the season, often in ugly fashion. And despite being known for his strong leg, Crosby was just 2-of-9 from 50-plus. 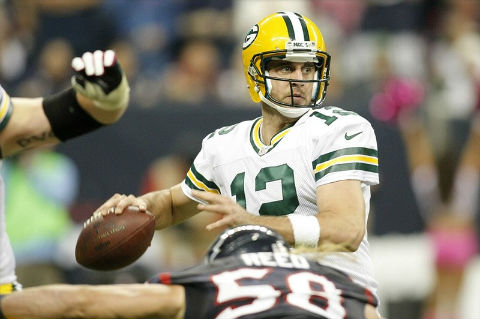 Best Game
There were closer games, but the Packers 42-24 annihilation of the then-undefeated Houston Texans in Houston was the most exciting game of the season, at least from our perspective. The Packers were 2-3 going in after a loss to Indianapolis and in the middle of a three-game road swing. Had they lost to the Texans, this season might have looked a lot different than it currently does. Instead, they came out and dominated the team many considered the best in the league at that point behind six Aaron Rodgers’ touchdown passes.

Worst Game
Also a strong contender for worst game of all time — the Fail Mary. Is there really any question? An embarrassment to the Packers, the NFL and football in general. In the end, it cost the Packers the No. 2 seed in the playoffs (although they still could have secured it if they hadn’t lost to the Vikings).

Play of the Year
Take your pick, but James Jones made it.

Most Exciting Play
Yeah, Jones’ catches were great individual efforts, but was there anything more exciting than this fake field goal that caught the Bears sleeping?

Randall Cobb Will Play This Week

Charles Woodson Has Finally Been Cleared

Charles Woodson Has Finally Been Cleared