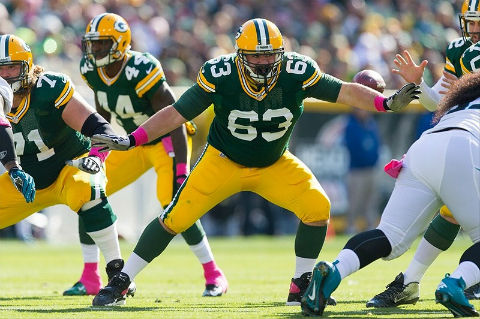 Saturday appeared on 1070 The Fan in Indianapolis on Friday and said he’s decided to hang it up after the Pro Bowl.

“We’ll finish it with sunsets in Hawaii and call it a much better career than I would have anticipated,” Saturday said on the Grady and Big Joe Show.

Saturday, a six-time Pro Bowler, played his first 13 NFL seasons for the Indianapolis Colts. The Packers signed him to a two-year deal before the 2012 season to replace Scott Wells, who left as a free agent.

Despite making the Pro Bowl — which was much more of a reputation selection than a performance one — Saturday was benched by the Packers in favor of Evan Dietrich-Smith after 14 games. Frankly, the demotion was deserved. Saturday never approached his Indianapolis level of play with the Packers.

By retiring, Saturday essentially saves the Packers the trouble of cutting him during the offseason. Saturday was due $3.75 million in 2013.

The Evolution of Josh Sitton