Here’s the Sausage, Courtesy of the Minnesota Vikings

Green Bay Mayor Jim Schmitt made one of those stupid bets mayors make with each other when their local sports teams square off. He bet Minneapolis mayor RT Rybak (really, that’s his name) that the Green Bay Packers would beat the Minnesota Vikings last week.

If the Vikings would have won (hahahahahaha!), Schmitt would have had to send Rybak some cheese and other assorted Wisconsin goods. They didn’t and he didn’t.

Instead, Rybak had to give up some Minneapolis-made sausage.

Anyway, give up the sausage he did. And it looks like it arrived today.

So who’s the big winner here? Well, the Green Bay Packers for one.

But really, the winner is YOU! At least if you live in Green Bay. That’s because the Mayor is hauling all of this sausage down to a Packers pep rally on Friday in downtown Green Bay. And he’s gonna let you eat it!

So get downtown on Friday — the rally is at 3:30 — and enjoy yourself at the expense of the Minnesota Vikings one last time this season.

The Vikings truly are the gift that keeps on giving. 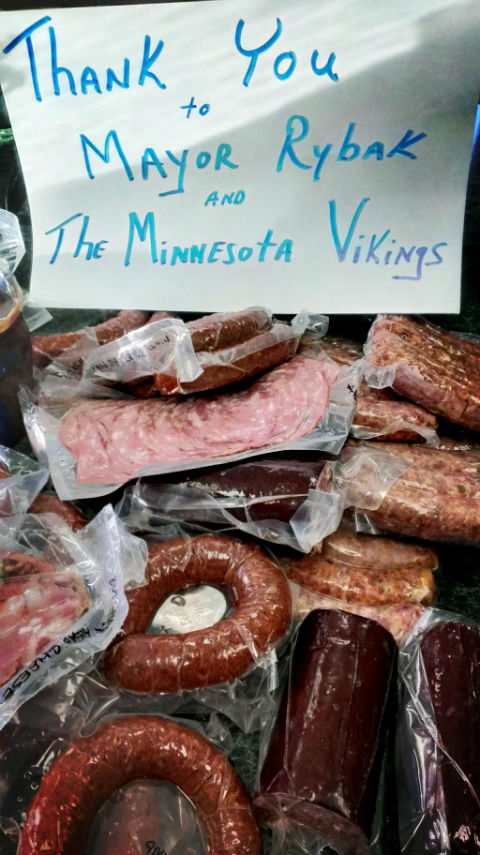