Here’s the Highlight of the Pro Bowl [Video] 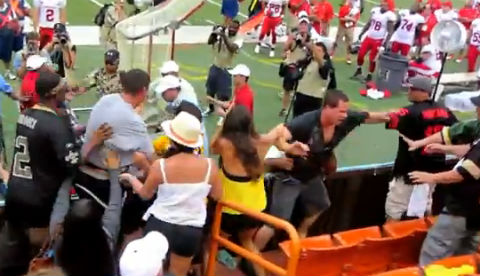 The Pro Bowl was yesterday. I read somewhere the NFC won in a blowout.

I didn’t bother to care how or why.

I also heard there was a fight in the stands. Now this actually intrigued me.

Yup. There was a fight at the Pro Bowl and here’s the video. We doubt whatever network aired this sham of a game gave you coverage of this. Even the players are more intent on watching the action going on in the stands than on the field.

Oh, and by the way, there are still plenty of good seats available!