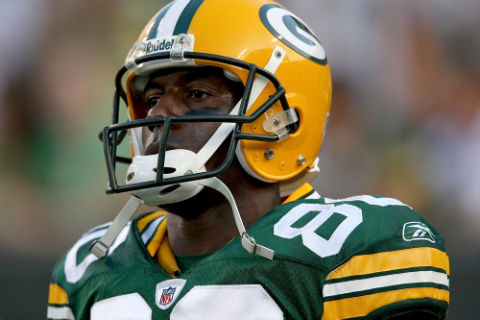 We’re sure this effort will get real far. Some Green Bay Packers fans have started a Facebook page called Activate Donald Driver, presumably aimed at getting the Packers to put Driver on their active roster this weekend.

Driver has been inactive in four of the team’s last six games.

The page already has 40,000 likes, which means there are 40,000 Packers fans out there who know nothing about football. Probably Dancing With the Stars fans.

The page reads as follows:

Donald Driver has been a great asset to the Green Bay Packers and our community. As fans, lets join together, like this page, and convince the Packers to re-activate Donald Driver. Lets have Donald Driver end this season with a smile on his face!

How about this? How about the Packers activate the best 46 players on game day so they can win the remainder of their games? That will probably put a smile on Donald’s face.

We’ve gone over this before and it doesn’t matter how much anyone likes Driver or how great a guy he is, he hasn’t been one of the Packers top 46 lately. He’s not going to run out there and play special teams and his days of 100-yard games are gone. The games Driver has been active for recently have been when other receivers were injured.

Pretty simply, the Packers would have to sacrifice a special teams contributor to activate Driver. That doesn’t make any sense with so much on the line. Even if they want to go five-wide against San Francisco, Driver’s chances don’t look real good, since the Packers already have a fifth in kick returner Jeremy Ross.

Hey, we love Driver too, but stop being morons, okay?