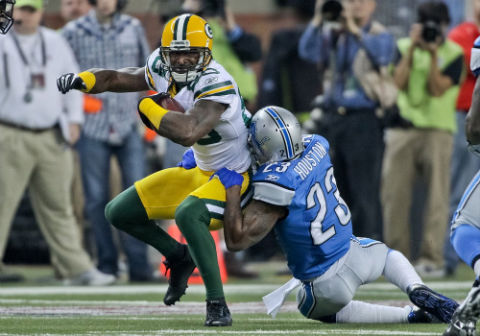 Well, you can’t say the guy doesn’t want to get on the field. Relegated to standing around on the sidelines in recent weeks, receiver Donald Driver has told the Green Bay Packers he’s willing to play special teams if it gets him on the active game day roster.

So does this get the team’s all-time leading receiver on the active roster this week, as so many fans have clamored for?

Driver thinks so, but we have our doubts.

He’s been working on the second-team special teams units. Also working against Driver is the Packers have five healthy receivers, if you include return man Jeremy Ross, who will be active this week. Special teams contributor Jarrett Boykin will miss another week, but the Packers chose to activate linebacker Terrell Manning to fill his spot last week. Manning ended up delivering the biggest hit of the game on a muffed Vikings punt and got himself a game ball for it.

The outlook doesn’t look good for Driver, but the Packers could always buckle to the external pressure.

Previous Article
This Vikings Fan Meltdown is Glorious [Video]
Next Article
Packers vs. 49ers: What to Watch For, Playoff Edition