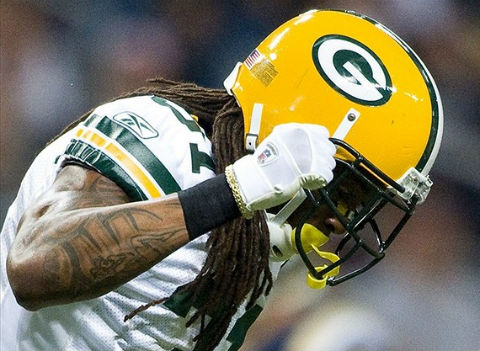 It’s like Al Harris never really left. Even though he was released by the Green Bay Packers midway through the 2010 season, Harris never did really leave.

He was picked up by the Miami Dolphins and then the St. Louis Rams, where he played the 2011 season. Now, Harris has been added to former coach Andy Reid‘s staff as secondary coach of the Kansas City Chiefs.

The road to here for Harris has been long and somewhat winding, especially in recent years.

Harris was drafted by Tampa Bay, but really began to develop during his tenure with Reid’s Philadelphia Eagles, which lasted from 1998-2002. Harris was the Eagles’ nickel back behind Troy Vincent and Bobby Taylor. The Packers swooped in in 2003 and gave the Eagles a second-round pick for Harris and a fourth-rounder.

The rest is pretty much history. Harris started for the Packers from 2003-09, making two Pro Bowls and authoring one of the most memorable plays in Packers playoff history.

It came in the Wild Card playoff game against Seattle in 2003. The Seahawks won the overtime coin toss and quarterback Matt Hasselbeck proclaimed, “We want the ball and we’re going to score!” Then Harris did this, becoming the first player to win a an overtime playoff game with a defensive TD.

Of course, 2009 was the season Harris suffered what could easily be termed a catastrophic knee injury, tearing his ACL, LCL, iliotibial band, fibular collateral ligament, and lateral hamstring.

He started 2010 on the physically unable to perform list and then the Packers decided to move on, releasing him during that campaign.

As always, we wish Harris the best in whatever he’s doing. It’s good to have him back in the league.

Previous Article
Offseason Lunacy: Packers Will Trade For Darrelle Revis
Next Article
Jerel Worthy May Not Return in 2013