Aaron Rodgers is Back on the Party Circuit [Photos] 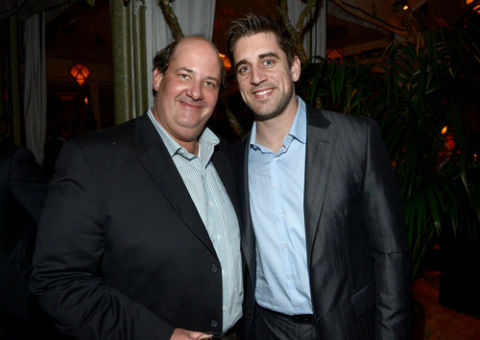 It’s the offseason and that means one thing for Green Bay Packers quarterback Aaron Rodgers — boozing and rubbing elbows with celebrities.

Rodgers was in Los Angeles over the weekend, where he was spotted at the Entertainment Weekly Pre-SAG Party. The SAG Awards — an awards show where actors honor other actors — were Sunday night.

We’re not sure if Rodgers went to the awards show or with who, but we imagine he did. What we do know is Jennifer Lawrence‘s dress came apart, although not nearly enough to satisfy.

As for Rodgers, he was hanging out with a couple dudes from The Office — Craig Robinson and Brian Baumgartner. Rodgers played golf in some pro-am with Baumgartner last offseason, so those clowns are probably tight. 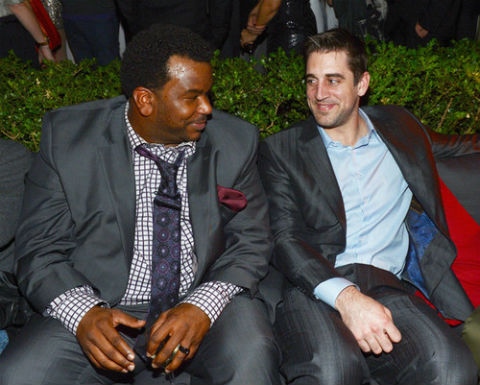