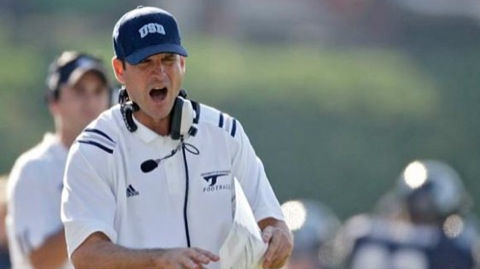 Hey, who among us hasn’t been here? At least we weren’t coaching a university’s football team when we got the cuffs slapped on, though. Jim Harbaugh was the University of San Diego coach in November 2005. That’s also when he got pulled over for DUI in Encinitas after running a stop sign. When he was released, Harbaugh would acknowledge what we’ve all known for so long — he’s a dipshit. “My No. 1 concern is the players. I’m trying to set a good example for them. There’s a consequence for making poor decisions and now that applies to me.”