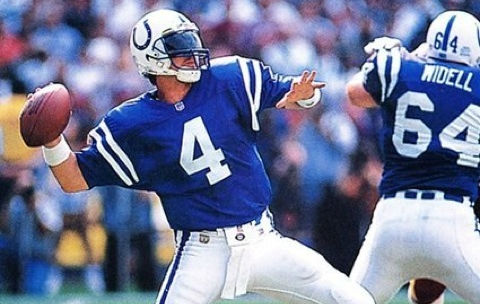 This should tell you more about the short and undistinguished history of the Indianapolis Colts than anything else. There are nine guys in their Ring of Honor (including the totally original 12th Man). Of those, none are in the Hall of Fame. The only guy who will be in the Hall of Fame is Marvin Harrison. Granted, Peyton Manning isn’t in the ring yet, but still. Harbaugh? During his four-year Colts career, Harbaugh never threw for more than 2,700 yards, never started all 16 games and never threw for more than 17 TDs. Stellar!