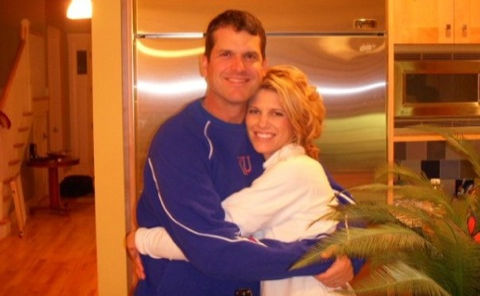 Would you be surprised if I told you Jim Harbaugh has been divorced once? Didn’t think so. Harbaugh married his first wife Miah in 1996. You know, because he had to soak up all that scattered ass and several STDs around Chicago before settling down. They got divorced in 2006 after having three kids. Apparently, Miah wasn’t aware that Jim Harbaugh wasn’t married to her. Jim Harbaugh is married to football, dammit! Harbaugh tricked his second wife, Sarah, into marrying him in 2008. We’re putting the over/under on that one lasting at three more years.