Packers vs. Vikings: What to Watch For

The Green Bay Packers (7-4) play host to the scumbag Minnesota Vikings (6-5) this week.

After starting the season a surprising 5-2, the shitstains from Minnesota have predictably lost three of their last four. During that span, defensive end Jared Allen has touched at least three sheep inappropriately. Of course, the Packers just got the same treatment Jared Allen gives to sheep from the New York Giants.

Who’s not playing?
Clay Matthews isn’t playing. Neither are Charles Woodson and Sam Shields. Greg Jennings should finally be back though. For the Vikings, receiver Percy Harvin is doubtful, which is great because he’s the Vikings entire passing offense.

Who should I bet on?
No surprise here, the line is all over the place again. It’s anywhere from seven to 9.5 in favor of the Packers, which tells us no one knows what to make of Green Bay. Let’s look at the Vikings instead. They’re 1-4 on the road and they’re likely missing one of their biggest weapons. They’re also the barnacles of the NFL, but that’s not really relevant here. Take the Packers, who surely want to show everyone they actually have some pride. If they lose this one, I’ll shave my head. 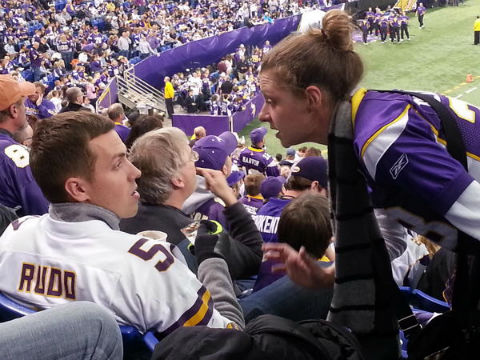 Ignorance
You know it’s coming and you know there’s nothing you can do about it. Minnesota Vikings fans. At some point this weekend, a Minnesota Vikings fan will open his or her mouth in your general vicinity. What comes out of it will be some of the dumbest, most idiotic, ignorant commentary you’ve ever heard. Do not be surprised if a Vikings fans tells you “Christian Ponder is the next Joe Montana,” or “Jared Allen is the best defensive end to ever play the game. Better than Reggie White and Joe Greene combined.” After years of not winning anything of substance and being the bitch of the NFC North/Central, these are things Vikings fans have deluded themselves into believing. And, in order to convince everyone else, they not only have to say them, but they have to say them loudly. You know, because saying stuff loudly makes you more right. You’ll probably want to punch them in the face, but you shouldn’t. Just remember, they cordoned off Minnesota so there’s a place to put all of the Midwest’s mentally challenged individuals. They also made them east to spot — they’ll all be wearing purple. At the end of the weekend, they’ll all disappear back to their shacks and trailers, so just steer clear of them as best you can for now. 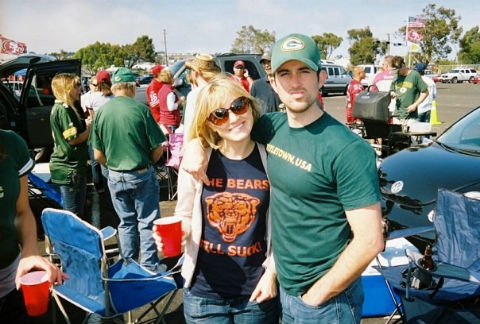 Sean Brennan
This guy is a good friend of the Total Packers family. He will be in Lambeau on Sunday taunting Vikings fans and chugging beers, and he can taunt opposing fans with the best of ’em. If you see him, stop and get him a beer and have some good-natured fun at the expense of some Minnesota mouth breathers. 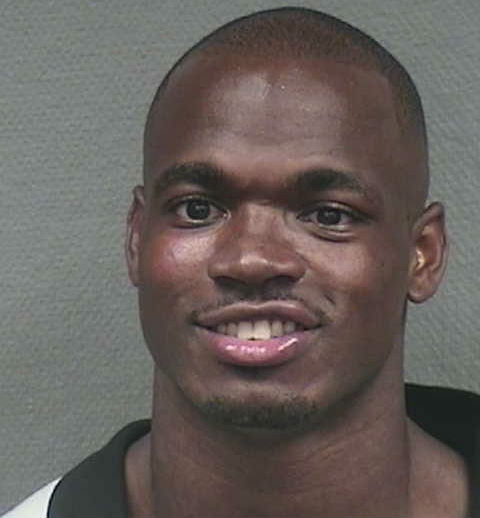 Adrian Peterson running wild
As dumb as Vikings fans are, Adrian Peterson is an equally good football player, which means he’s off-the-charts good. Peterson leads the league in rushing with 1,236 yards. If you recall, the Packers were gouged for 148 yards by the Giants last week. Fortunately, the Vikings will be one-dimensional on offense if Percy Harvin doesn’t play, but that doesn’t mean Peterson won’t get his. If the Vikings have any shot of winning, they’ll do it on the legs of Peterson and let’s face it, the middle of the Packers defense is soft. Even if the Packers put eight in the box, Peterson is still likely to have a strong showing. All he has to do is run directly at A.J. Hawk. 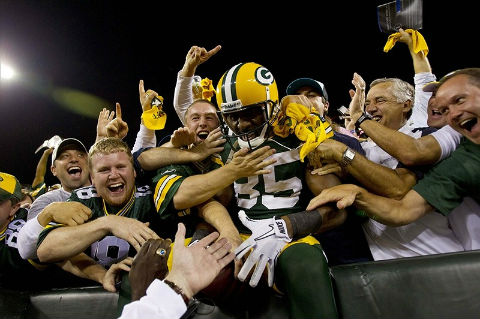 Greg Jennings over the middle
The Packers finally have all their receivers healthy and they’ve also finally decided to change their game plan. Mike McCarthy has promised to revive the short passing game in order to protect Aaron Rodgers. If they’re going to be successful, that means they’ll be working underneath the two-deep zone they’ve been seeing all season. The best way to do that is to work the middle of the field, which is one area where Jennings excels. If the Packers are successful, that just might open up the vertical passing game and the offensive floodgates.