Packers Are Sandbagging For Lions 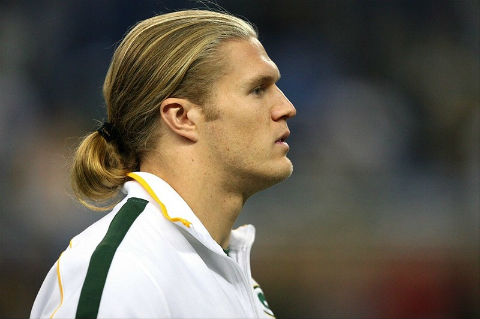 Guess who will be playing for the Green Bay Packers when they face the Detroit Lions on Sunday.

T.J. Lang and Mike Neal are most likely out too, although the official call hasn’t been made.

Anybody got Jim Bob Morris‘ number? He might be available to fill in at multiple positions this week.

Here’s the quote I love from Mike McCarthy about Matthews’ injury.

“I’ve told you (Matthews) has been close every week, so closer, closest, we’re getting close,” coach Mike McCarthy said Friday. “He feels good about it. I think it’s real important for Clay, no different for Charles, that when we do bring those guys back, it’s not potentially just a one-week situation. We’re trying to do everything we can medically. Ultimately, you talk about veteran players who know their bodies better than anybody.

“We’re conscious of the long-term here.”

So I guess next week Matthews will be closerest?

Look, let’s be honest. The Packers are sandbagging it this week. They think they have a shot at beating Detroit with their JV squad and they do.

Besides, if they lose, it doesn’t matter. All the Packers have to do is beat the Bears next week and they’ll win the division.

I guarantee you if the Bears were on the schedule this week, the majority of these guys would be trotting out on the field in something other than sweatpants on Sunday.

Too bad this isn’t the NBA, where coaches get fined for holding out star players for bogus reasons like Gregg Popovich did when he held out Tim Duncan and Tony Parker because they were “tired.”

Yeah, I want these guys healthy for the playoffs just like you do, but I feel bad for people who bought a ticket to go watch a glorified exhibition game.