Lovie Smith Out in Chicago 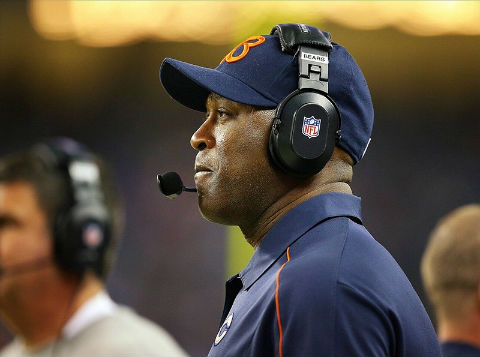 The guy who announced he was there to beat the Green Bay Packers when he was hired as head coach of the Chicago Bears, but mostly failed to do so, is looking for work. The Bears axed Lovie Smith this morning.

It was the only coaching change in the NFC North, but one of several around the league.

The Bears finished the season 10-6, but missed the playoffs for the second season in a row. In fact, in nine seasons with Smith at the helm, the Bears only made the playoffs three times.

After starting this season 7-1, the Bears tanked down the stretch, gave up the division lead to the Packers and watched as the Vikings beat them out for a playoff spot.

Interestingly, there were a large contingent of Bears fans who were hoping the team missed the playoffs so general manager Phil Emery would fire Smith.

Well, they got their wish.