Packers vs. Cardinals: What to Watch For

The Green Bay Packers (5-3) have another ho hum game against the Arizona Cardinals (4-4) on Sunday before heading into their bye.

These are two teams going in completely opposite directions. The Cardinals won their first four games. Obviously, they haven’t won since. The Packers have won their last three after opening a disappointing 2-3.

Who’s not going to play?
Let’s see, does anyone on the Packers actually play football on Sunday anymore? No? We didn’t think so. Greg Jennings, John Kuhn, Nick Perry, Sam Shields, Charles Woodson and Jerel Worthy are out. Worthy is new to this list. He has a concussion. Remember when men played football and there was no such thing as concussions? Yeah, those days are gone. Both Jordy Nelson and Jerron McMillian are questionable, but neither practiced on Friday. The Cardinals will be without quarterback Kevin Kolb and guard Adam Snyder. Safety Kerry Rhodes, tight end Todd Heap and cornerback Greg Toler are all questionable.

Who should I bet on?
Last week, the Packers once again were completely underwhelming and were nowhere near what the oddsmakers predicted. That’s happened a lot this season. This team sucks to bet on. Sometimes, I wonder if this team doesn’t just suck, period. The Packers are 10-11 point favorites. They were double digit favorites last week too and they went out and shit the bed in just about every facet of the game. Somehow they still managed to pull off a win. Arizona is terrible overall, but they have a decent defense and the Packers have half their guys standing around on the sideline in skirts because their vaginas hurt. Se we’re going to take the Cardinals. 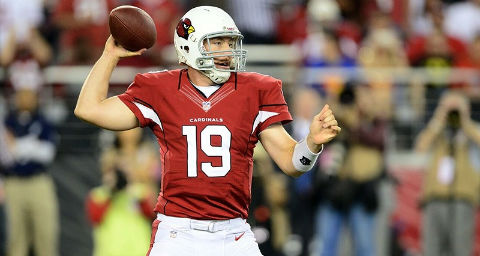 Some of the worst quarterback play you’ll ever witness (probably)
The Cardinals are starting John Skelton at quarterback. Skelton (three starts, four games played) has thrown for 745 yards, one touchdown and four interceptions. Let’s make sure we don’t understate this. John Skelton has Larry Fitzgerald on his team and he’s managed one touchdown in four games. Of course, the Packers love to play zone, even though it’s never been effective in the history of ever. So much like they made Blaine Gabbert look like he has an NFL future last week, the Packers zone will probably make Skelton look at least like Randy Wright this week. Then again, maybe they’ll finally wise up and play some man and totally shut down probably the worst quarterback starting for an NFL team right now.

Enthusiasm
Last week, the Packers had absolutely zero energy, enthusiasm, sense of urgency, focus and a bunch of other words that describe a good, committed football team. In turn, the fans in the stadium didn’t have any. In turn, those of us watching on TV didn’t have any. In other words, it sucked balls watching last week’s game. We’re not even sure the Packers tried. They face a similarly bad foe this week. It would be nice, even if they’re disinterested, if they could put on a decent show for us assholes who bother to watch and line their pockets.

Shankopotamus
That would be Mason Crosby, who, after having a stellar season last year, is back to his old ways. And by old ways, we mean not making a high percentage of his field goals. Let’s take a journey back in time real quick. Last season, Crosby made 85 percent of his kicks, a career-high and a pretty nice average for an NFL kicker (10th in the league). Every year before that, he was below average — 78, 75, 79 and 79 percent in the four years prior to 2011. So back to this season. Crosby is hitting an NFL-worst 69 percent of his field goals, which is bad by even his meager standards. What’s worse is actually watching Crosby kick. His field goal attempts come out like the bastard child of a 90-mile-an-hour curveball and a wounded duck. Eventually, this suckbag is going to cost the Packers a game. In fact, you could argue he already did by missing two kicks in the Packers three-point loss to Indianapolis. 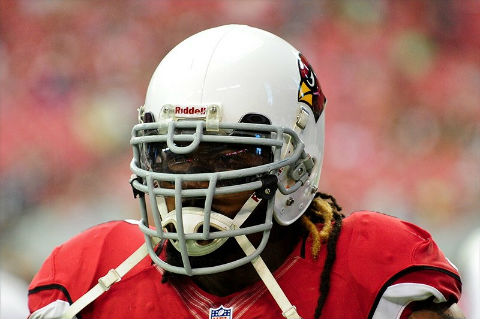 A defensive struggle
The Cardinals offense is anemic (31st in the NFL), so theoretically, the Packers defense should look good. The Packers offense is minus several key starters and, as we said earlier, Arizona’s defense is actually pretty stout. They’re only giving up 17.8 points per game (4th in the NFL) and they’re especially strong against the pass. The Cards are giving up just 192 passing yards per game (4th), which helps them rank sixth in overall defense. When you consider all that, we’re probably in for a 14-10 festival of excitement on Sunday.