by Monty McMahon
in Uncategorized
27 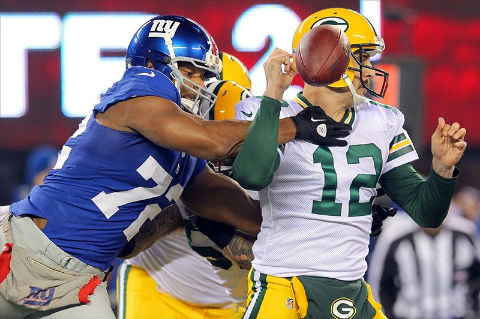 Even a buffoon has a stroke of genius every now and then. Of course, then he goes back to being a buffoon. As such, Mike McCarthy has decided to change the Green Bay Packers offensive game plan.

And the Packers more or less announced it to everyone.

According to Pete Dougherty, the Packers will return to the short-drop, quick-hitting passing attack they employed when their offensive line was similarly sucking balls in 2009. In other words, the same strategy we’ve been calling for for weeks.

Obviously, this approach is designed to negate the sieve-like qualities of the offensive line and keep Aaron Rodgers from taking a beating each and every game.

It may also help open up the deep passing game if the Packers are able to work the middle of the field effectively.

So what took so long? Only Mike McCarthy can tell us that.

Cedric Benson’s Season is Over

Cedric Benson's Season is Over