Here Are Some Interesting Items From Packers-Giants 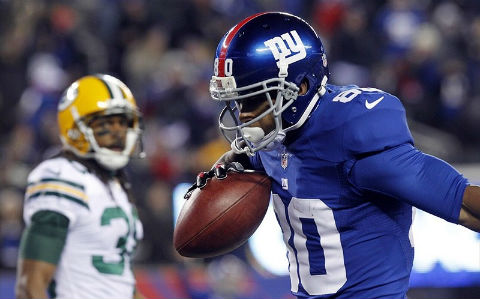 While I was wallowing in my own self pity today, I came across some interesting items from the Green Bay Packers games with the New York Giants, both the last three and last night’s beatdown.

In case you’re somehow unaware, the Packers have lost two of those three games. The previous two (a win and a loss) occurred during the 2011 season, with one coming in the playoffs.

Here are the scores of those games.

The Packers have been outscored 110-65 by the Giants in the past three meetings. They’ve given up no less than 35 points in any of those games. In short, they obviously have no idea how to stop the Giants offense.

Another common theme is the Packers have mounted no rushing attack. On Sunday, James Starks led the Packers with 35 yards on the ground. Aaron Rodgers was the team’s leading rusher in the previous two contests.

In the two losses, Aaron Rodgers was sacked four (playoff loss) and five (2012 loss) times. In the win he was only sacked twice. According to ESPN, Rodgers was under pressure 51 percent of the snaps he dropped back to pass in the latest debacle, the highest such rate of any quarterback in any game this season.

And how about this? The Packers have been ripped by Eli Manning in each game.

That’s an average of 308 yards and three touchdowns per game.

How come that dope has the Packers number, you’re probably asking yourself. They’ve sacked Manning only once in each of the three games.

Lastly, let’s get this great understatement in from coach Mike McCarthy on last night’s beating.

“I probably didn’t call the best game I’ve called in my time here.”