Cedric Benson’s Season is Over 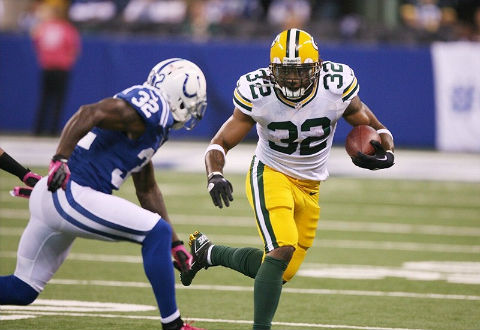 More good news, people! Running back Cedric Benson will not be returning to the Green Bay Packers this season.

Benson had surgery on his injured foot, ending his year.

“He will not be back with us this season,” coach Mike McCarthy said at his Thursday afternoon press conference.

Benson was placed on injured reserve/designated for return after suffering a Lisfranc injury against Indianapolis in October. He was eligible to return to practice this week and could have played as early as next weekend’s contest with Detroit. If he was healthy, that is.

Stop me if you’ve heard this one before.

Benson’s injury wasn’t healing as expected. He visited with a doctor this week and decided to have season-ending surgery.

Whether this was another case of the Packers medical staff fucking up, we can’t say for sure, but both Greg Jennings and Nick Perry got second opinions after getting injured initially. Jennings found out his “hamstring” injury was actually an abdominal tear. Perry ended up having a hand injury that ended his season, while the Packers were only looking at his knee. Then there’s Sam Shields, who was supposed to be back a couple weeks ago — until the Packers revealed his injury was more severe than they initially thought.

Add Benson to that list. The Packers only get one “designated to return” exemption and now that player won’t be returning.

Could they have used that designation on someone else who might have actually helped the team on the field during the stretch run? We’ll never know.

It’s good to see the comedy of errors continues in the training room, though. More importantly, you can now probably catch Benson spinning some techno at a club near you.