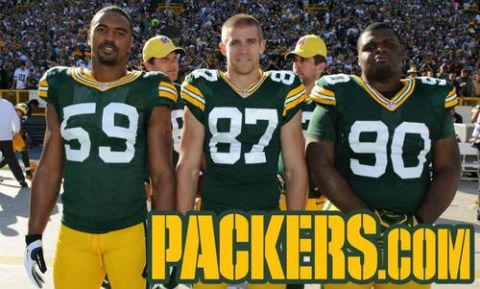 This is the Green Bay Packers team captains photo from Sunday. Who are those two clowns in the background, you’re probably wondering.

One of them is Aaron Rodgers and we believe the other to be his backup, Graham Harrell.

Previous Article
Packers Pull One Out, Let’s All Breathe a Sigh of Relief
Next Article
Refs Were a Theme For the Packers Again