Now Jordy Nelson is on the Shelf 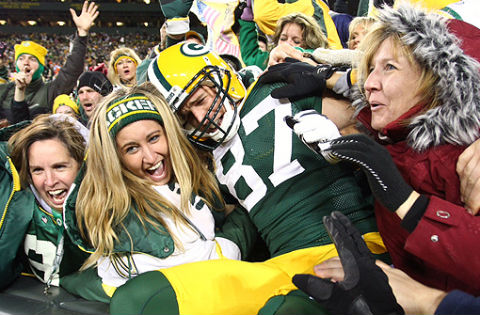 If there’s a way the Green Bay Packers can lose to the Jacksonville Jaguars — probably the worst team in football — this weekend, it would probably be if half their roster was unable to play.

Well, it looks like half their roster may be unable to play. On Thursday, leading receiver Jordy Nelson joined Greg Jennings in the standing around when he sat out practice with a tight hamstring.

Nelson was also ruled out of Friday’s practice. He’ll have to pass tests on Saturday and Sunday morning in order to suit up for this week’s game, which has been termed unlikely.

I know this worries some people, but let’s be realistic. The Packers can probably fill half their roster with players from Ashwaubenon High School and still show up and beat the Jaguars on Sunday.

If Nelson can’t go, Randall Cobb and James Jones will start, Donald Driver might actually see the field and rookie Jarrett Boykin will make his long-awaited (probably only by me and him) debut.