Oh, Look, the Real Referees Are Back 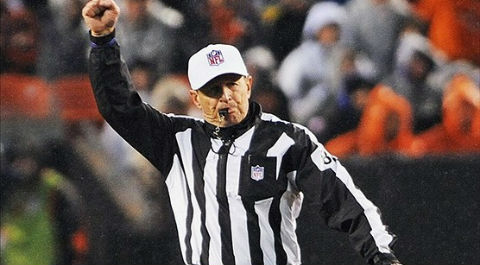 And just in time! The idiots at the NFL and the real officials reached an agreement to end their labor impasse early this morning and people who actually know what they’re doing will officiate NFL football games this weekend.

All it took to end this standoff was the Green Bay Packers getting screwed out of a game.

The good news is, we won’t have to go through this again for at least eight years — that’s the length of the agreement. The deal, which still needs to be ratified (considered a formality), gives the refs a salary bump and increased retirement benefits. It gives the NFL the option to hire several officials year-round.

“As you know, this has to be ratified and we know very little about it, but we’re excited to be back. And ready,” referee Ed Hochuli told The Associated Press. “And I think that’s the most important message — that we’re ready.”

The real refs will handle Thursday night’s game, which will hopefully end the comedy of errors that was the NFL in 2012.

As for the arrogant pricks that subjected us to this mess, well… we’re waiting for our apology.

Here’s the Resume of the Ref That Screwed the Packers