Of Course Russell Wilson Already Has a Levi’s Commercial 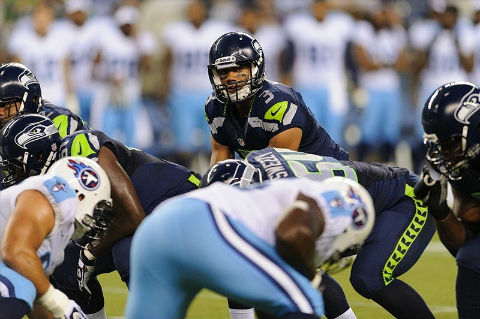 Green Bay Packers quarterback Aaron Rodgers won’t be the only signal caller hawking something via a cheesy commercial on Monday night. Seattle Seahawks quarterback Russell Wilson is getting in on the act too.

Even though he’s only making his third NFL start, Wilson already has a Levi’s commercial. Well, good for him.

Wilson’s commercial is miles better than Rodgers’ Pizza Hut jobs, but it is not Greg Jennings‘ Old Spice spot.