ESPN Says Packers Are Franchise of the Decade 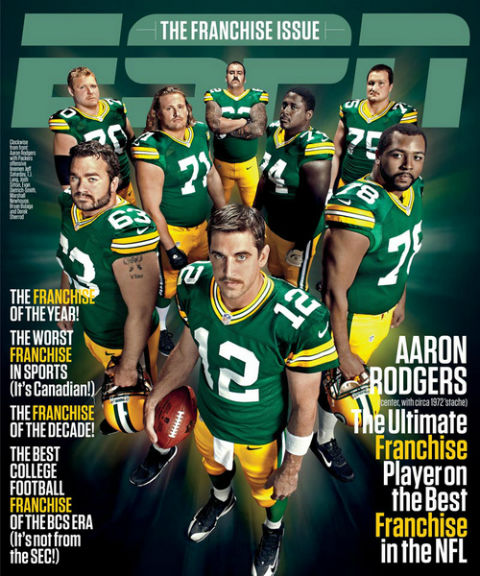 See that cover? That’s Aaron Rodgers and the Green Bay Packers offensive line on the cover of ESPN the Magazine.

It’s the annual franchise issue, which ranks franchises in the major sports according to what they give back to fans for their investment. The Packers came in No. 2.

And yet the Packers are still on the cover?

Of course they are. ESPN ranked them as the NFL franchise of the decade.

But the decade just started?

That doesn’t matter. Time is irrelevant to ESPN when they are ranking shit and you all know they love ranking shit. They’ll be ranking the greatest fungi to grow under Randy Moss‘ toenails later this week.

The Return of Football!!! What to Watch For