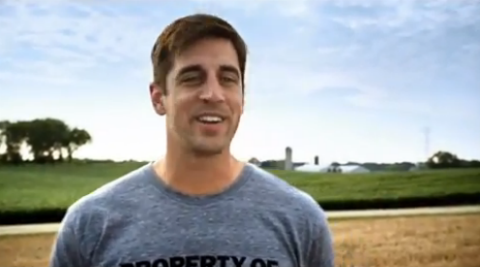 In it, he hits a pickup truck in stride for the touchdown. You know, if trucks and people played football together, which would be totally awesome.

We’ve got the video and the behind the scenes. In the latter, it shows Rodgers hitting the truck bed with the football.

Two takes. The director says it will take three and Rodgers bets on the under. Of course, the director also calls a route a “root.” As in, think of this truck as a receiver running a “root.” Probably not a football guy.