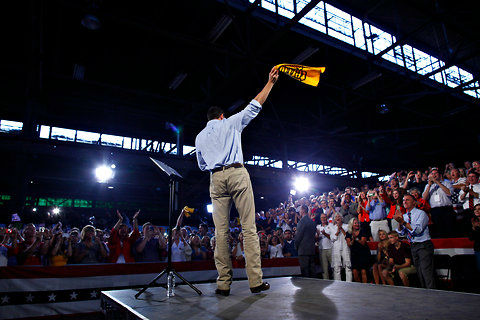 Republican vice presidential candidate, Congressman and Wisconsin boy Paul Ryan crapped all over his roots at a campaign stop in Carnegie, Pa. today.

A supposed die-hard Green Bay Packers fan, Ryan played to the crowd by waving a Terrible Towel when he went on stage. As any football fan knows, the Terrible Towel is what Pittsburgh Steelers fans wave around at their team’s games.

Anything for a vote, I guess. You won’t be getting mine though, sellout.