Packers Have Awesome Uniforms, According to Some ESPN Guy 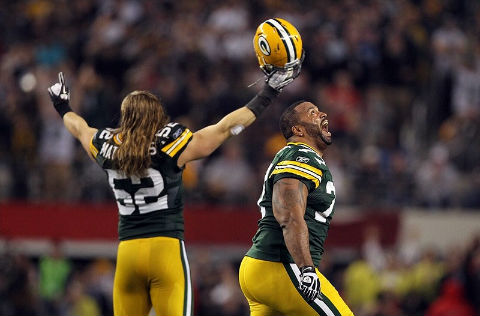 It really amazes me the stupid shit ESPN comes up with these days. Yesterday, they compared Kobe Bryant with an actual black mamba. Today, they’ve ranked the uniforms in the four major pro sports.

The Green Bay Packers came in second among NFL teams and sixth overall.

Green and gold is the perfect autumnal color palette for a fall sport, the road design just about holds its own with the home uni, and the Pack’s helmet logo still feels vibrant and relevant (unlike, say, the Bears’ logo, which is starting to feel dated). Green Bay also has leapfrogged ahead of most NFL teams by not switching to the new Nike collar. Only two quibbles: The TV numbers have gotten intrusively large, and my kingdom for some striped socks.

The Chicago Bears were the top-ranked NFL team and second overall. No. 1 overall went to the Montreal Canadiens.