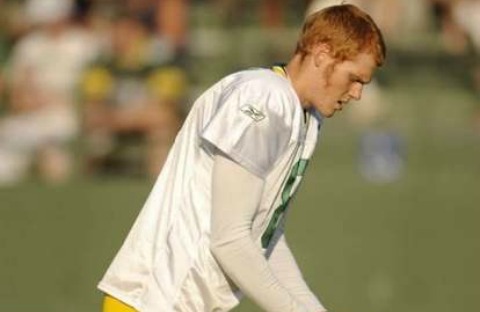 It’s probably not the contract extension you were expecting the Green Bay Packers to be focusing on (cough, * Greg Jennings * cough, cough), but the team signed punter Tim Masthay to a four-year extension Friday.

Masthay received $5.465 million in the contract, which runs through 2016. That includes a $1.2 million signing bonus, according to Ian Rapoport.

Not bad for a guy for a guy who strolled in off the street with no NFL experience and won a training camp punting battle in 2010.