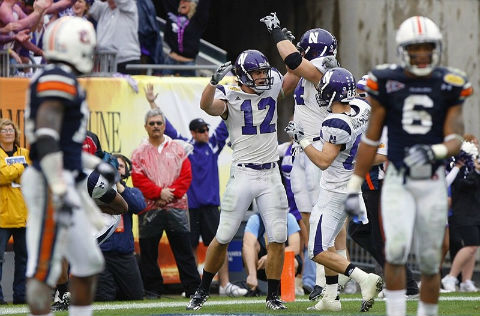 You can’t have too many wide receivers.

The Green Bay Packers now have about 45 of them after picking up Andrew Brewer on waivers from Philadelphia. The Green and Gold axed guard Jaymes Brooks, an undrafted free agent from Virginia Tech, to make room for Brewer.

Brooks hadn’t practiced. He failed his physical because of a hamstring injury. And that will probably about do it for his NFL career.

Brewer played collegiately at Northwestern, where he caught 76 balls for 1,118 yards and nine touchdowns. He had 57 for 925 his senior season. Brooks spent two years in the UFL after college.

Will he make the team? Probably not, but he might be someone to keep an eye on for the practice squad.