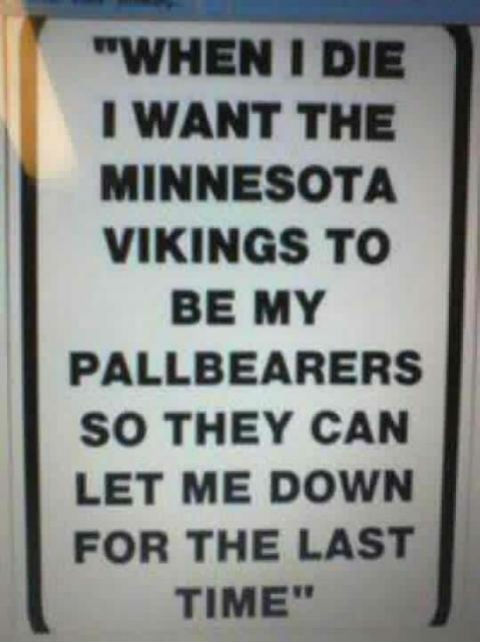 Yeah, we hate Minnesota Vikings fans around here for many reasons, but this sign almost makes you want to hug one. Almost… right up until you realize you’d be smothered in rolls of fat, covered in imbecile drool and/or you get a waft of that smell — the unmistakeable stench of a Hormel Chili fart that’s attached to the Minnesota Vikings fan.

This sign about says it all though. The Vikings are losers. Always have been. Always will be. They’re disappointing even to the lowliest of the low and that’s saying something.