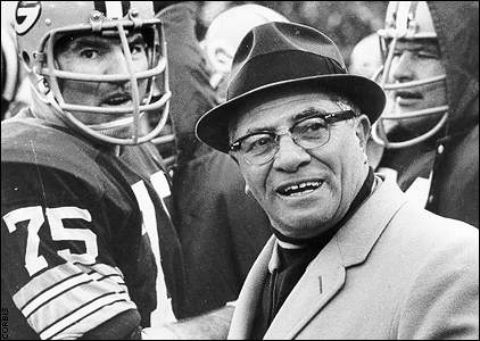 Former Dallas Cowboys receiver Michael Irvin, who’s always one of the smartest guys in the room, has a fantastic idea. He wants to change the name of the Vince Lombardi Trophy.

Irvin suggested the NFL add New England Patriots coach Bill Belichick‘s name to the trophy, which is named for the legendary Green Bay Packers coach. We think this is definitely a winning proposition.

“I would call it the Lombardi/Belichick.”

There are a few things we would call Irvin, but that’s another story.

Belichick has won three Super Bowls. Lombardi won two and the trophy handed to the Super Bowl winner was named for him in 1970, after he died.

Lombardi also won six NFL Championships, four of which came before there was an NFL-AFL championship game. He was 9-1 in the playoffs and 105-36-6 overall. We could go on about his significance to the game of football and its rise in popularity, but we’ll save it because you’re not an idiot like Michael Irvin.